Warning
Some of the features may not work properly on Internet Explorer. We advice to change browser for the application to work properly

SAVDA “Autoservizi Valle D’Aosta S.p.A.” in July 2016 it became part of the Arriva Group, one of the largest passenger transport operators in Europe and third in Italy with 2,300 buses and 3,350 employees. SAVDA, ARRIVA today SAVDA is the most important operator in the field of mobility in the entire Aosta Valley. Since its inception, ARRIVA SAVDA has had the goal of providing the community with a punctual and efficient passenger transport service. The company provides local public transport services in the “Upper Valley”, “Lower Valley” and “Centro Valle”, makes daily motorway connections with Turin and Milan, with Martigny (Canton of Valais – CH) via the Gran San Bernardo tunnel, with Chamonix via the Mont Blanc tunnel and last but not least, it makes daily connections with Turin Airport (via the service connecting with the “Turin Center – Turin Airport” bus company of the SADEM company) and, in the winter period, with the Airport of Milan Malpensa. Arriva Savda currently boasts a bus fleet of over 110 buses, 130 employees and annually transports 2 million passengers a year with service volumes: 4.3 million Bus / k.

“The habit of operating in the rental market, selective and competitive, as well as the characteristics of many of its bus lines frequented by careful and demanding users – says VALENTINA Astori – CEO Arriva Savda – has determined in the company attention to the quality of services rendered, in the awareness that this element will increasingly represent the basis on which to continue to consolidate its success and growth in the market. It is precisely with this in mind – continues Valentina Astori – that ARRIVA SAVDA will be Mobility Partner of the session of the FIS Nordic Ski World Cup races that will be held in Cogne on 15, 16 and 17 February. ARRIVA SAVDA will take care of the transport of athletes of different nationalities who will reach the Cogne race tracks from Turin Airport and Milan Malpensa Airport. We are very proud of this partnership which represents a new challenge for our group in managing the mobility of major events after that of the 2018 Volleyball World Cup, Expo 2015, London 2012 Olympics and Paralympics and the 2006 Turin Olympics. our professionalism and experience are available to athletes and delegations, managing their movements in the best possible way “. 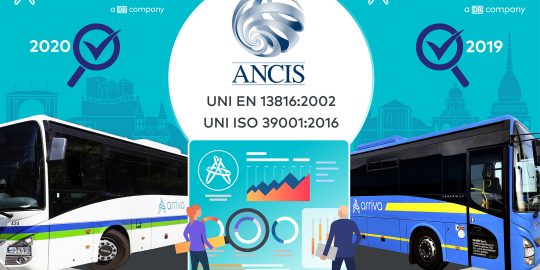 We use technical and third-party cookies to make sure you can have the best experience on our site. By clicking on "Proceed" you consent to the use of cookies. To learn more, consult the cookie policy.

This website uses cookies so that we can provide you with the best user experience possible. Cookie information is stored in your browser and performs functions such as recognising you when you return to our website and helping our team to understand which sections of the website you find most interesting and useful.

Strictly Necessary Cookie should be enabled at all times so that we can save your preferences for cookie settings.

If you disable this cookie, we will not be able to save your preferences. This means that every time you visit this website you will need to enable or disable cookies again.